Inquests are ongoing into two separate grave desecrations within days at a west Melbourne cemetery after a human head was removed from a coffin last week.

Police were called to Footscray General Cemetery on Tuesday morning after receiving reports that a grave had been tampered with.

They are now investigating a similar incident that happened less than a week ago. Acting Detective Inspector Ben Jarman told 3AW on Wednesday morning that he had never seen a crime like this.

“It’s a very rare occurrence,” he said. ‘It’s a rare crime. I have not encountered this in my time.

A police investigation has been launched after a human head was stolen from a coffin at Footscray General Cemetery in Melbourne’s west.

The mausoleum section of the cemetery has been cordoned off by police as they continue their investigations.

It is understood the head was stolen last week. Police are currently installing CCTV cameras in the cemetery to prevent any future grave robberies.

It is not known how long the body had been in the cemetery at the time of the serious disturbances.

Police said they were investigating the circumstances surrounding the two incidents and whether they were related.

“Because this is such a rare occurrence, we don’t really know what motivates a person to do something like this.” 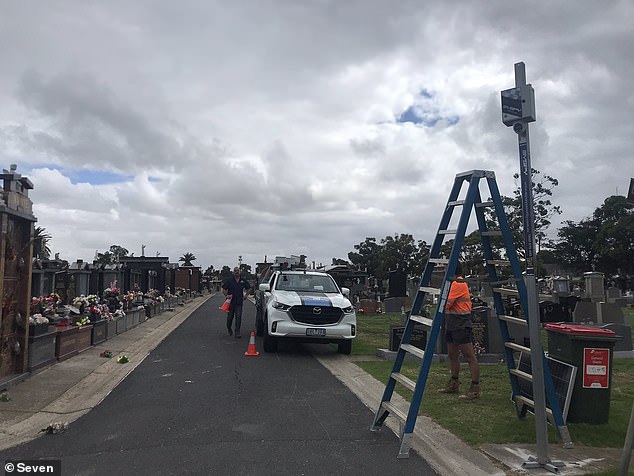 He confirmed that the criminals should have used tools to break into the mausoleum.

“It would have been difficult to break into…but at this stage it’s too early to determine what was used.” 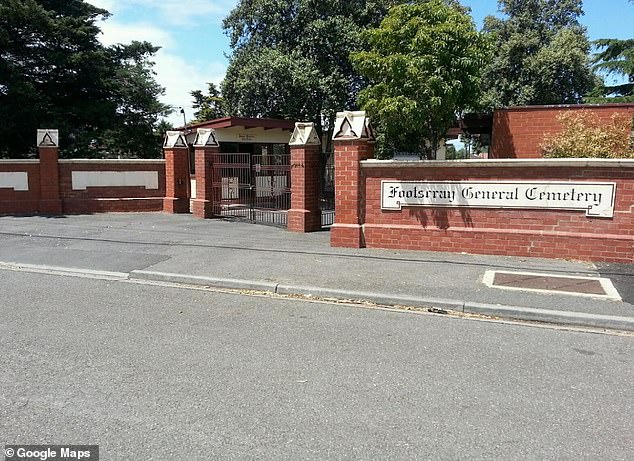 Footage from the scene shows forensic investigators carrying crucifixes and handwritten letters that may have been removed from the mausoleum section of Footscray General Cemetery.

A coffin was also pictured leaning against what appears to be a mausoleum, being inspected by police.

The criminal may need tools to gain access to the corpse.

Police have now installed a series of CCTV cameras in the cemetery following the shocking discovery.

The cameras have been placed along the roads of the facility as law enforcement seeks to ensure no further rooms are taken and to prevent future incidents.

Removing body parts from a grave carries a maximum sentence of five years behind bars.