TEHRAN (IQNA) – Plans have been unveiled for the construction of Europe’s largest Muslim cemetery west of Blackburn, Lancashire.

Plans for Europe’s largest Muslim cemetery were unveiled by billionaire brothers Issa who recently bought a significant stake in Asda.

The 84-acre Issa Memorial Garden would be built west of Blackburn, Lancashire, and would include 35,000 burial sites, covering an area the size of 40 football fields.

This new site overshadows today’s largest Muslim cemetery, The Garden of Peace, which opened in east London in 2002 and holds 10,000 plots, all of which are now occupied.

The Issa Foundation, the charitable arm of the billionaire Zuber brothers and the Mohsin Issa business empire, presented the plans in part due to an increase in deaths from Covid.

In a statement, the Issa Foundation said: “[The] The need for Muslim cemeteries in the North West of England has become critical, a situation made worse by Covid 19.

â€œThe proposal is of public interest to the Muslim community and is of strategic importance to the North West region. “

In early November, more than 200 people gathered to protest against the cemetery plans, ahead of their publication.

The foundation has now applied to the Hyndburn Council for the creation of the cemetery, located near Blackburn Road, near the small town of Oswaldtwistle. 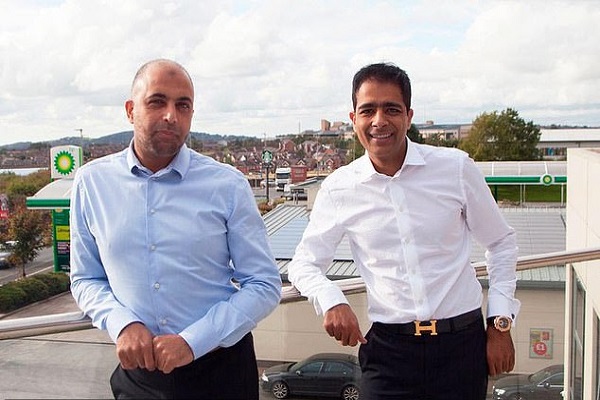 The documents detail a provision for 663 parking spaces spanning the entire length of the site’s northern boundary, parallel to Blackburn Road.

This new site is just up the road from the Â£ 100million billionaire Issa Brothers Frontier Park complex, which has a gas station, several food outlets and a ‘Hampton by Hilton’ hotel.

The planning application specifies that the cemetery will be built on undeveloped agricultural land, located within the greenbelt.

He adds: â€œThe site is hilly in nature, with levels rising steeply to the south.

In order to build the cemetery, the Issa Foundation said â€œextensive landscaping, both strategic and ornamental in natureâ€ will be required.