The National Press Photographers Association (NPPA), the leading voice advocating for the work of visual journalists today, recognized the School of Photographic Arts and Sciences at the Rochester Institute of Technology in the College of Art and Design with its two top photography students .

Vincent Alban, a third-year photojournalism student from Washingtonville, NY, was named the NPPA Student Clip Contest Photographer of the Year for the 2021 contest. Alban amassed 450 points in the quarterly clip contest with a total of 12 works placed, including five first places.

A civilian technical officer searches for evidence after an incident in which a 21-year-old man shot a woman in the chest at the intersection of Conkey Avenue and Avenue A on September 25, 2021. The woman suffered non-life-threatening injuries.

Alban is also the recipient of this year’s National Press Photographers Foundation (NPPF) Jimi Lott Fellowship, an award named after the late Seattle Times photographer known for his work focusing on the less fortunate, especially the homeless and the mentally ill.

“I was thrilled to hear the news of these two awards and felt it was months, if not years now, of hard work that paid off,” said Alban, who noted that he was most proud of his series of photos depicting gun violence. in the city of Rochester. 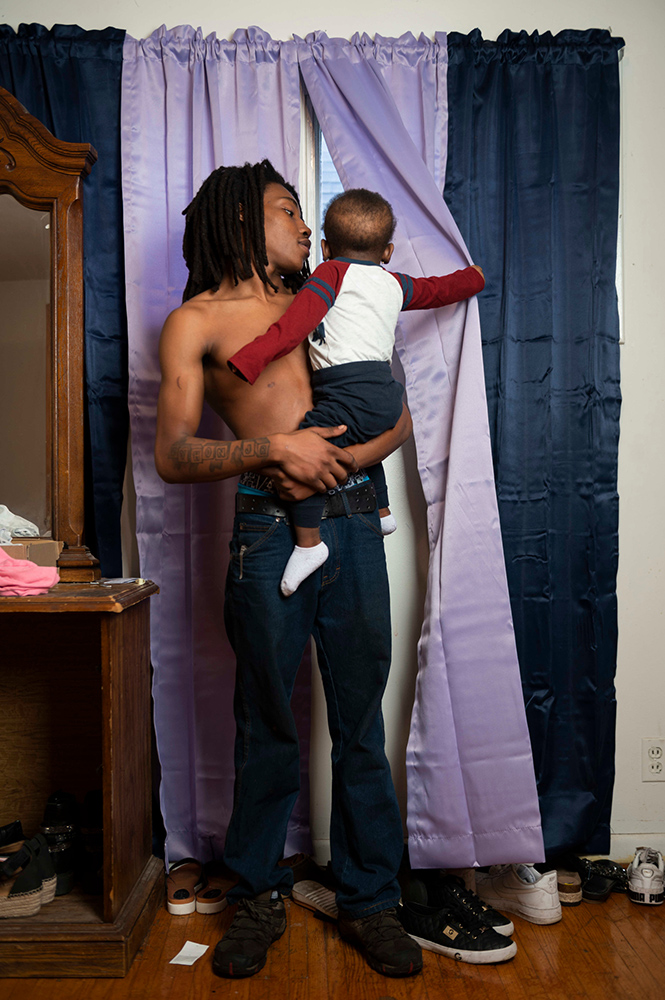 Zhyon Stewart, a 20-year-old from Rochester, NY, poses for a portrait with his one-year-old son, Zhyon Jr. at their home on November 13, 2021. Zhyon was shot in the chest on June 23, 2021, after being caught in the crossfire of a shootout. “It was stressful, honestly, because it’s like, ‘Why was I shot? Why me? Why do I have to deal with this pain? I couldn’t even hold my son for two months’ No suspects have been taken into custody for the incident, Stewart said.

“I’ve been working on this story since September and used it to really immerse myself in the city of Rochester and become very connected to the people and the place itself,” he said. “I’ve also always wanted to do a story that gives me a good challenge…I think I could do this story for the rest of my life and still feel like I don’t have everything I want to cover.”

Alban said he was drawn to photojournalism growing up when his grandparents ran a longtime small-town newspaper. “My parents are sculptors and I have always been interested in art, but I discovered photography because I liked its technical aspects”, he recalls. “When I joined my high school newspaper, I felt I had found my true passion and that feeling never left me.”

“I chose RIT because of its renowned photojournalism program and the amazing photo school staff,” he added. “I had made up my mind when I came to RIT for the photography open day.”

Alban plans to deepen his passion for photography this summer at Baltimore Sun.

In addition to RIT Student Honors, Chloe Coleman ’13 (Photojournalism) received the 2022 NPPA Editor of the Year Award. In 2020, Coleman, an award-winning photo editor at The Washington Post since 2014, was part of a Pulitzer Prize-winning team that helped the newspaper’s staff win the top prize for explanatory reporting. She is one of 11 RIT graduates to have won 15 Pulitzer Prizes combined.