The Menlo Park Historical Association celebrates its 50th anniversary with a barbecue in Burgess Park on Saturday, October 16 from 1 p.m. to 5 p.m. Residents are welcome to participate by bringing whatever they like to the barbecue with all sides. MPHA provides bottled water and soft drinks.

There will be a competition with the winner who will receive a prize. Participants are invited to write down their memories or bring something related to Menlo Park to place in a time capsule. 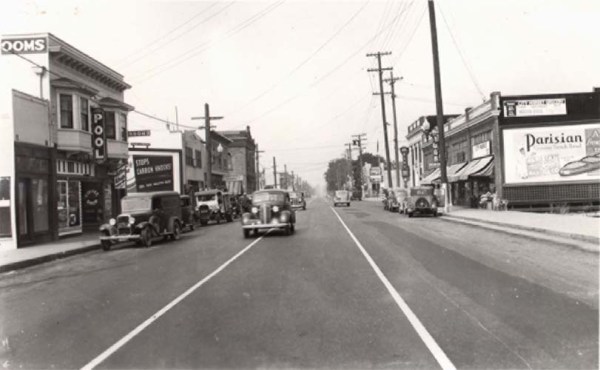 Plus, as you shop downtown, you can see 10 great black and white photographs of old Menlo Park. Incorporated in 1927 (94 years ago), Menlo Park looked quite different. Photos of Sand Hill Road, the First Town Hall, the famous Menlo camera store (pictured below) and an aerial photo of Santa Cruz Avenue are among the photos displayed at 719 Santa Cruz Avenue (the former Village Stationers). 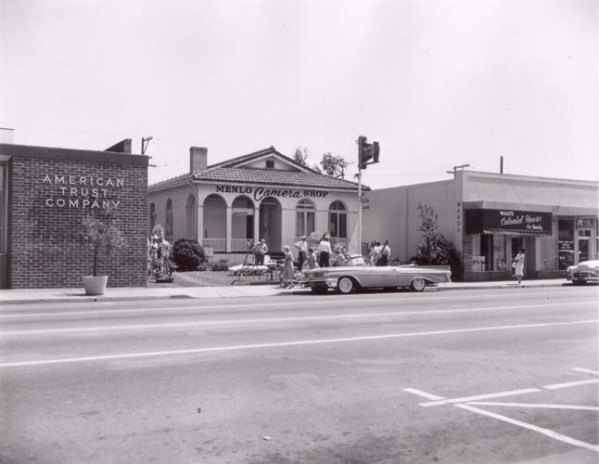 -When Menlo Park was first incorporated in 1874, the boundaries included Atherton, Ravenswood and East Palo, Alto.

-In the 1880s, the Chinatown of Menlo Park was the largest community south of San Francisco.

-Menlo Park was home to many Italians who tended the gardens of the rich and famous at Atherton.

-On the Sherwood Hall estate of Timothy Hopkins, fruit orchards, many varieties of chrysanthemums and violets were cultivated. In 1981, the purple violet became the official flower of Menlo Park. 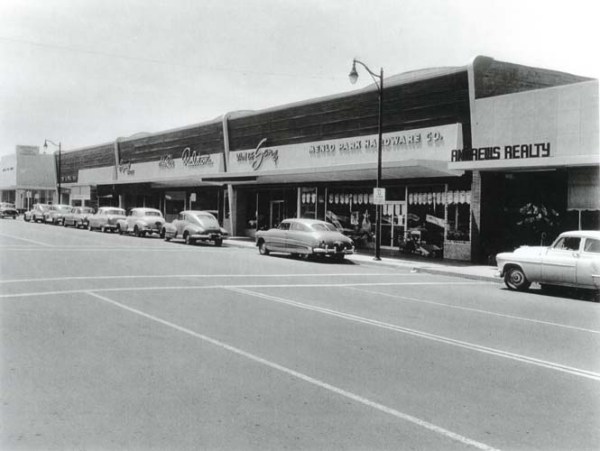 -The saloons thrived in Menlo. In 1910, MP had 18 to the dismay of Stanford University. The most popular was Charlie Meyers (top photo circa 1906).

-The Sainte-Croix cemetery contains the remains exhumed and transferred in 1953 from the 1856 St. Dennis cemetery originally on Dennis Martin’s ranch. Dennis was first a resident of Menlo Park.